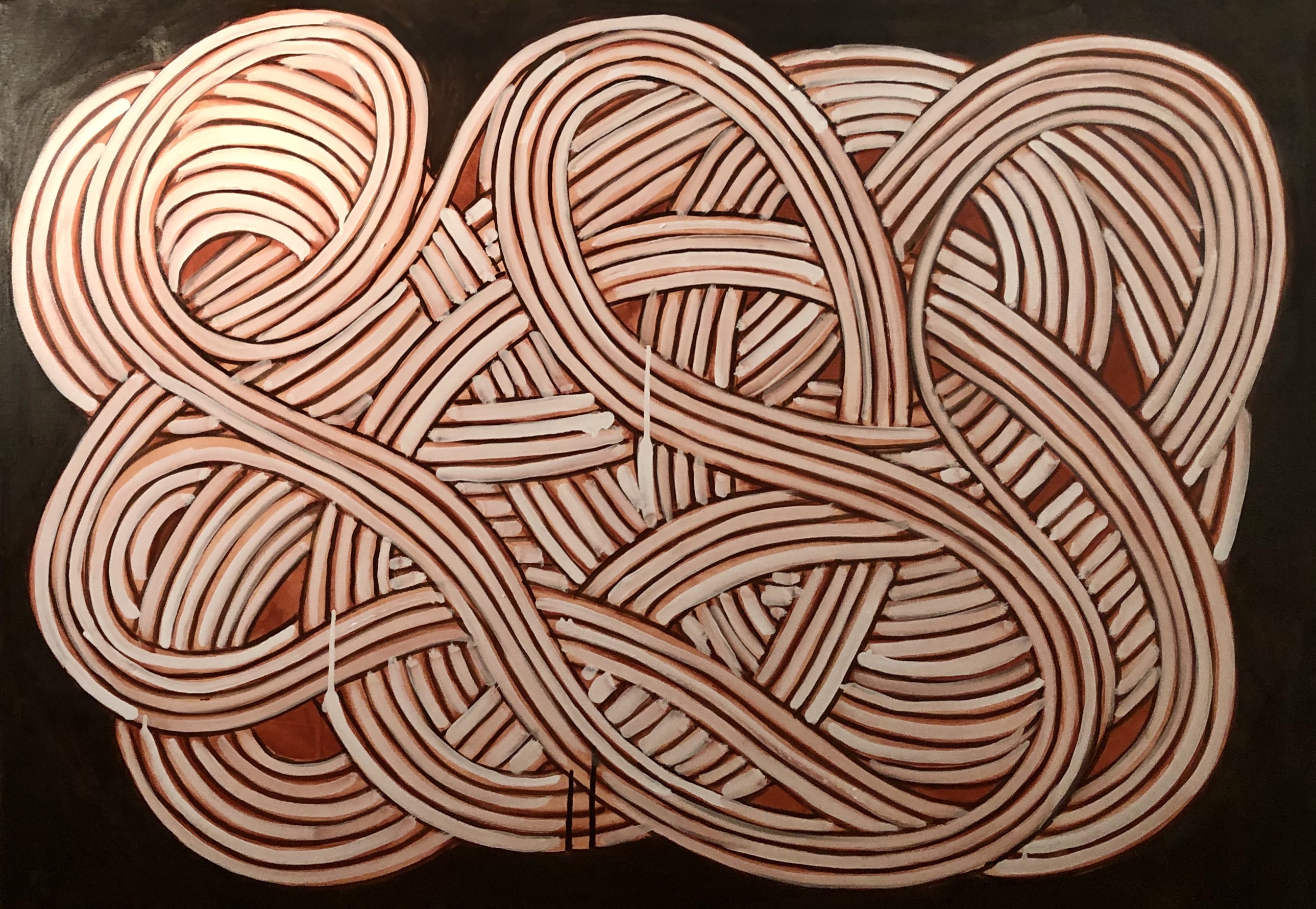 Poetic discoveries of coincidence and chance, traces of movement and plans of discovery, overlapping infinites, maps of travels and currents. 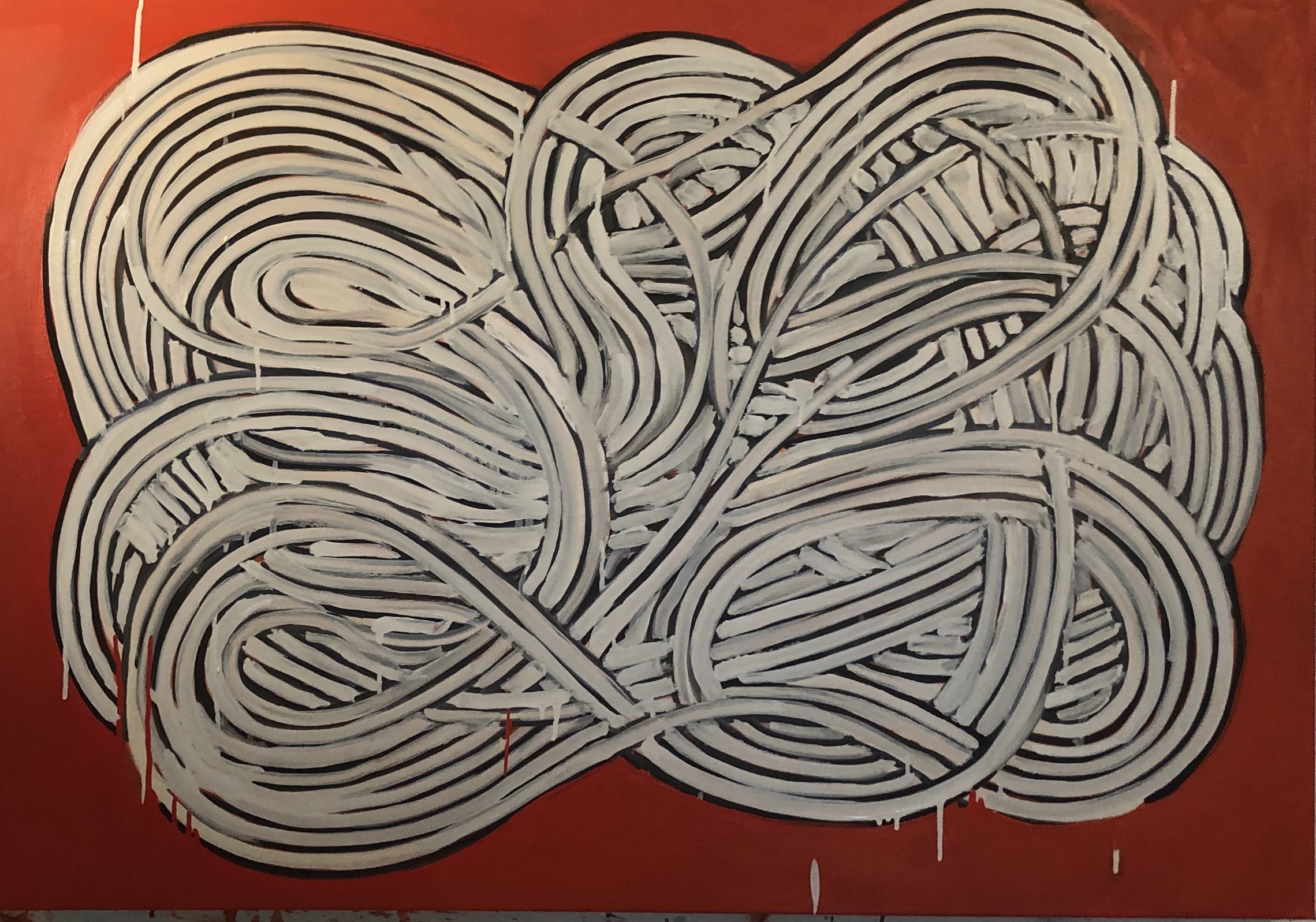 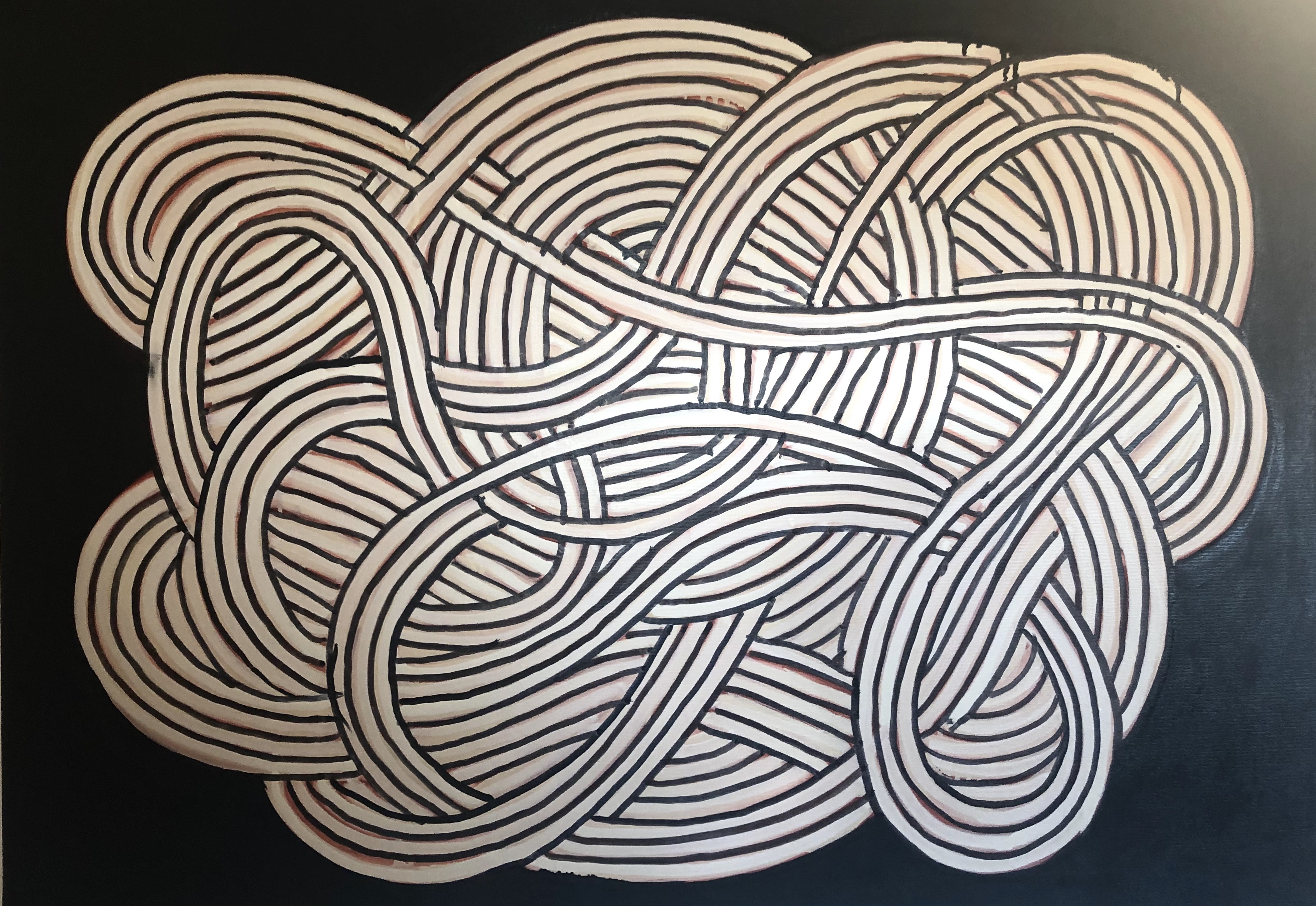 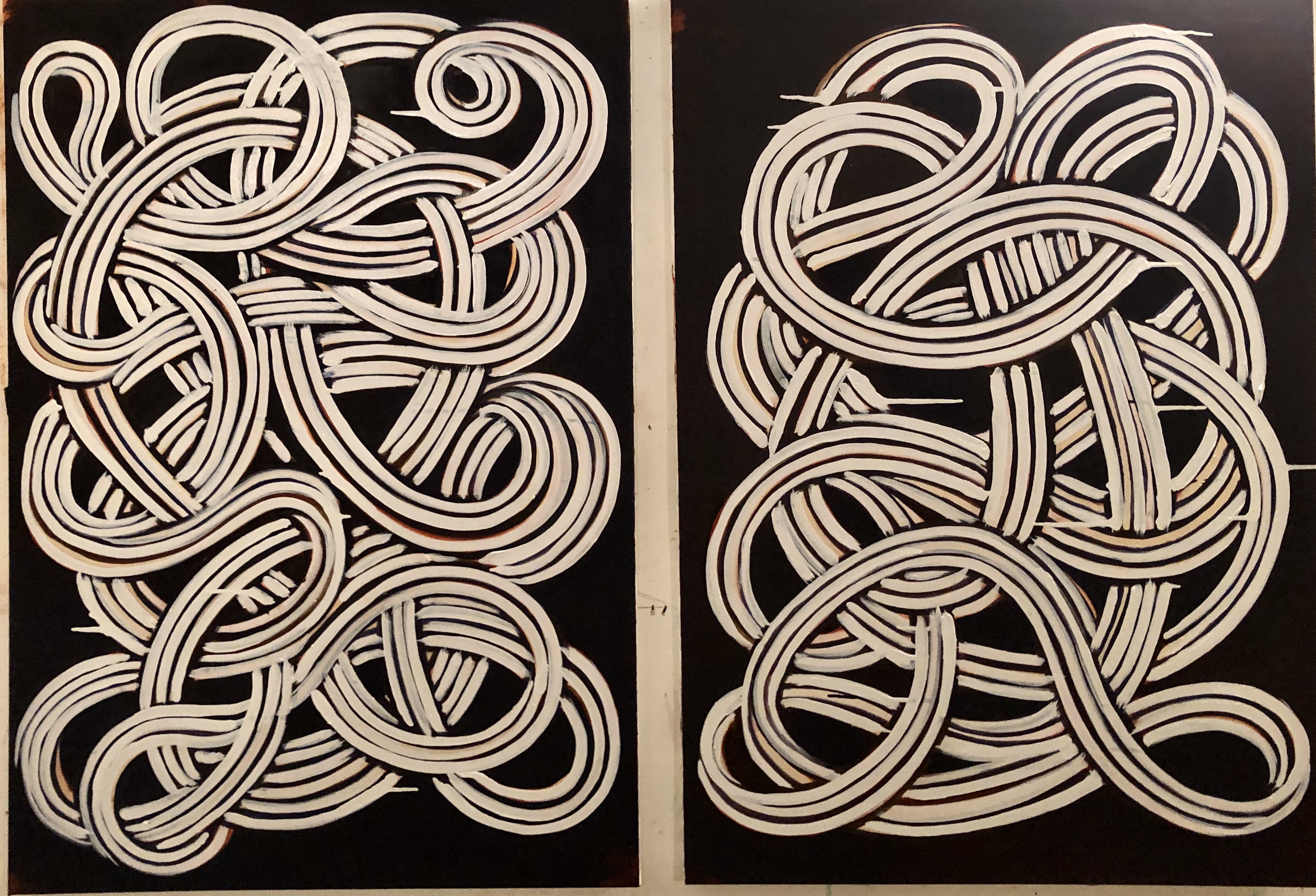 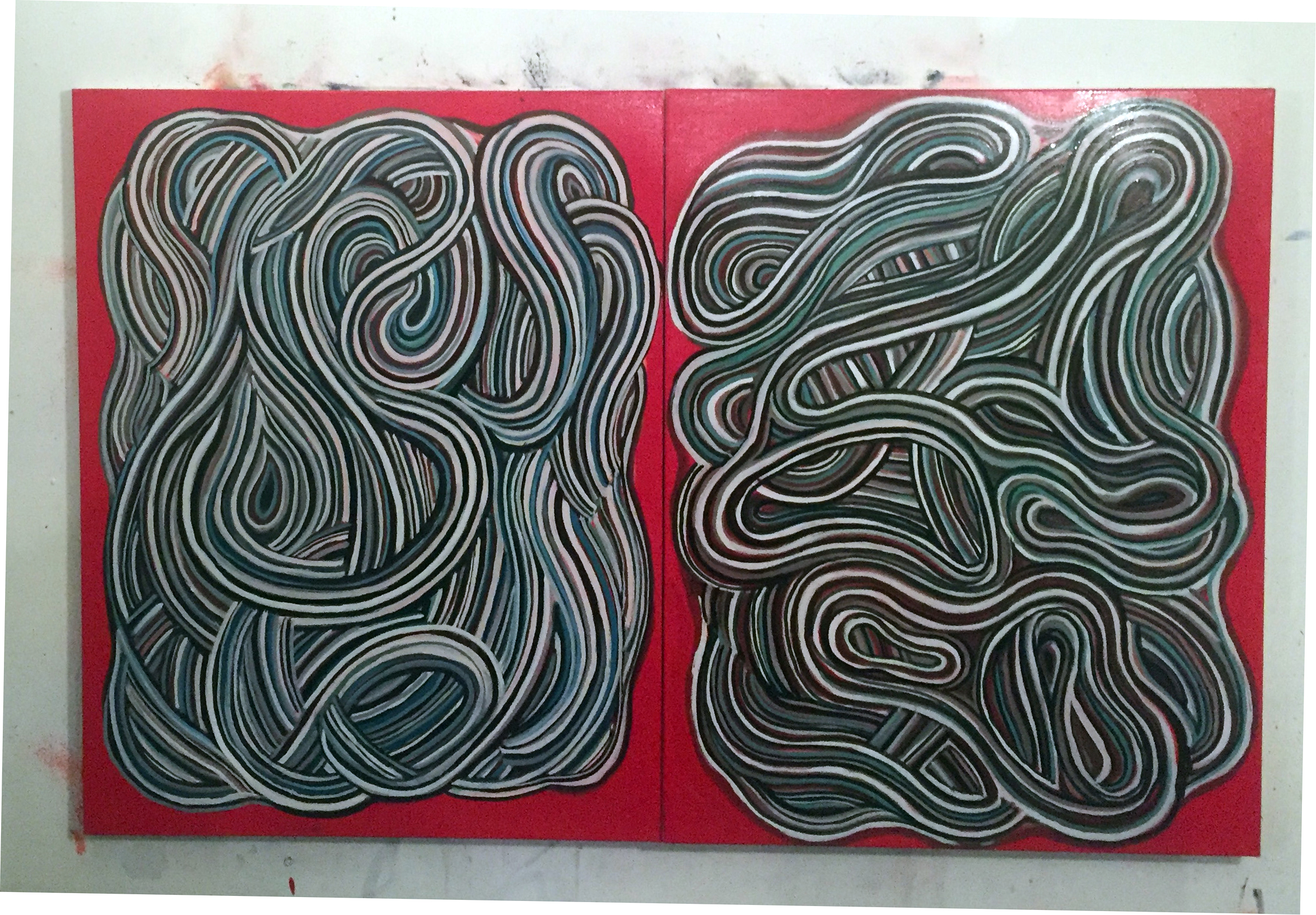 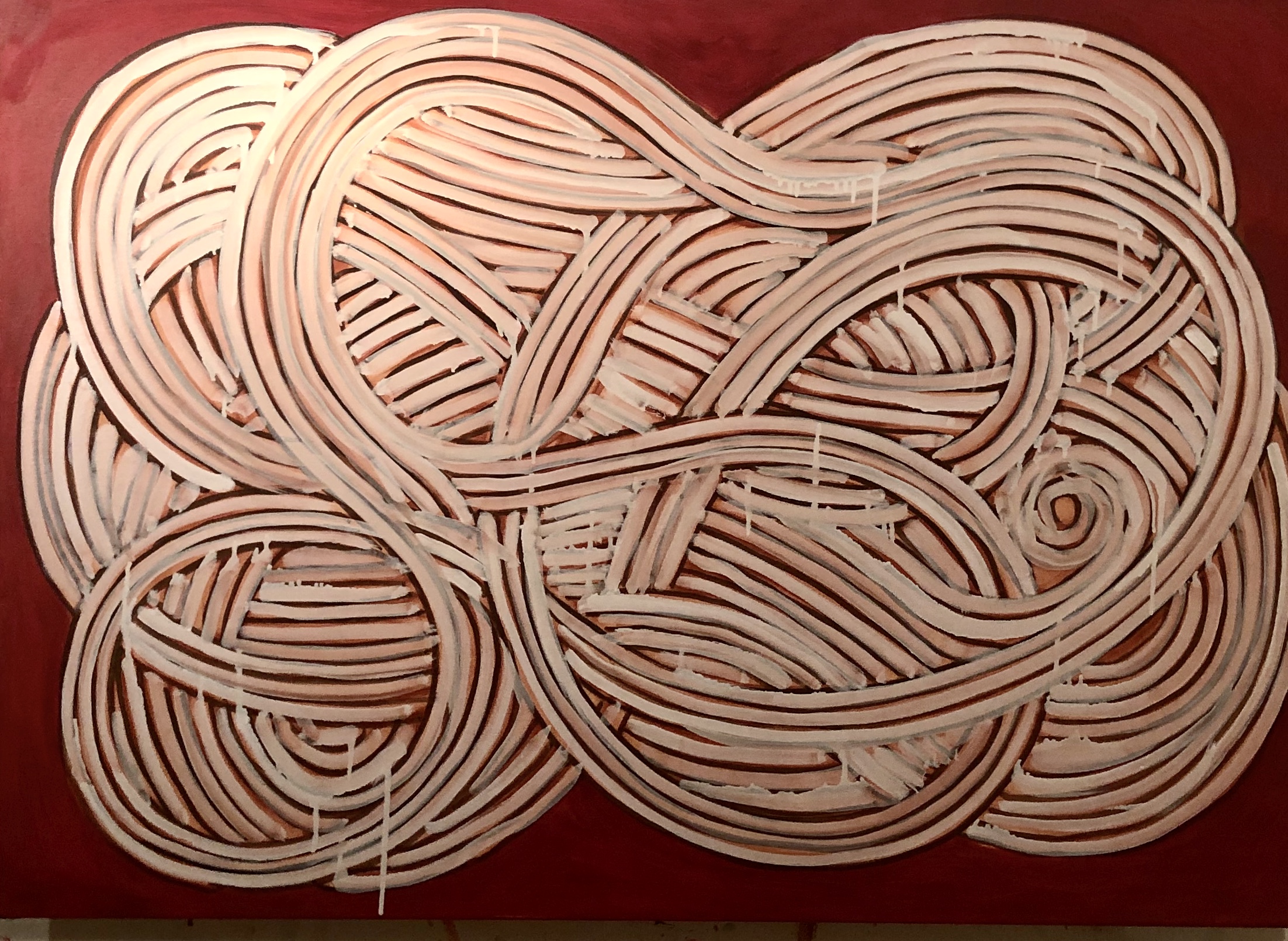 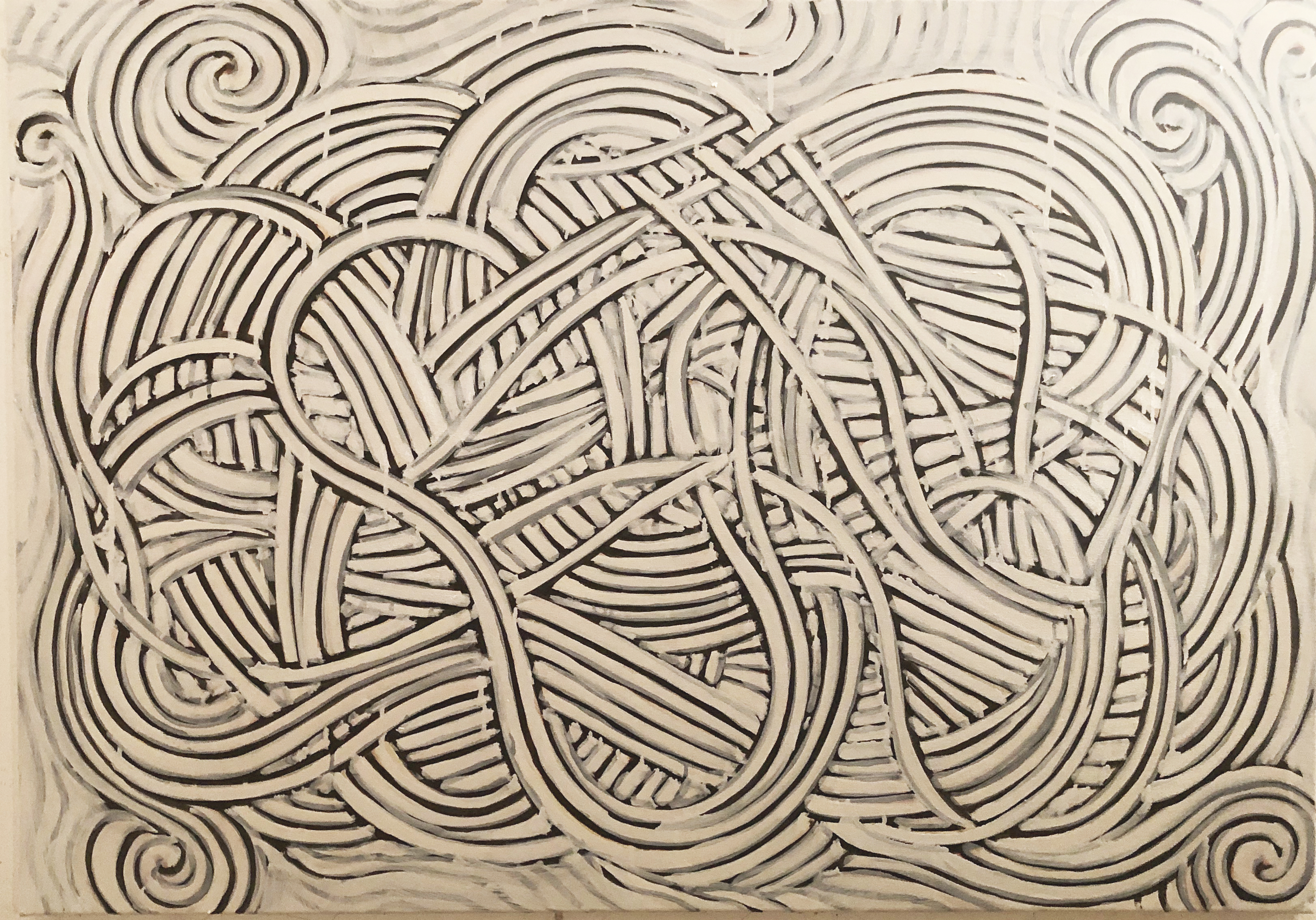 In different ways, Pettit’s work has always dealt with cosmology and specific geographies, natural phenomena, and chaos. Using homemade inks and pigments, like vine black from the artists own grapevines, and sheep parchment, he addresses the material and spiritual roots of painting: cave painting and Byzantine icons, with the gesture of Modernism (in Picasso or Matisse) and Abstract Expressionism (in Pollack or Marden). This movement through time and geography, perhaps referencing the artists’ own relocation, make the paintings monolithic and eternal. Both a series of confident tangles and a record of painterly “pentimenti,” the work is able to reference the past and address current issues of sustainability by reminding us of our relationship to the environment and its place in our cultural evolution.

Pettit cites Nietzsche as introducing him to the concept of the Eternal Return, which he titled his “first real abstract [painting],” The Return, back in 1992. “It’s a painting of a curve or a fold, about destiny, but also about an infinite cycle…,” he says.

Likewise, another author, Thomas Pynchon, introduced him to the idea of entropy.

“A lot of my work is about ordered systems or patterns– they can be grids or vertical lines—but these systems are man-made, so the repetition is faulty. I call this “the failure,” it might be drip, an error, but also a recognition that imperfection is perfect. If we are a part of the system, like the scientist who cannot observe natural without influencing it somehow, then the system accounts for us…”

I can’t help but notice how these two concepts are so similar. That change (of movement and flux) is necessary and inevitable, that mutation and anomaly (the error) are part of perfect systems, but also a part of, and the beauty of, being human.

The relation of Pettit’s work to literature is extensive. We discussed Joyce, Rilke, Kerouac, Bob Creeley, and the LANGUAGE poets. When talking about his recent batch of landscape paintings, he remarked, “I am building my vocabulary.” A published poet himself (“Ghost Songs,” 2009) and an avid reader, Pettit is able to tie together a classical lyricism with curt modernism and historic and cultural references not unlike one of his favorite poets, Ezra Pound. But the influences are many, and he traces Pound through Melville, Whitman, Charles Olson with ideas of physical and cultural distance. Here he cites many of these, and lands on the iconic Plymouth Rock as an end and a beginning:

Just negative redemption will not work.

That just makes it black. Not clear or pretty

Or just back to Living

And Loving something so much they almost hate it

And I’m not saying it’s the Cape!

Pound’s preserved in the haunted poetic past of Cheltenham

And Ginsberg grieving on Plymouth Rock.

(NB: David Berman, in the second line, is the band The Silver Jews, and had just passed when this was written)

What works for me about these poems and about these paintings is the way they are placed. They seem gestures of humility and of respect. Aware of the nature of consumption, Pettit leaves his work there, very plainly; but they are puzzles to be deciphered, his “knot paintings” wait to be untangled, whenever we are ready. More implosions than explosions, they are the entanglements of culture, of painting and poetry and music and food, of agriculture and of sustenance. Or, as the artist might claim, “of salvation.”

I visited Pettit at his home in Italy last summer. It is a house full of artifacts, talisman, books, paintings, and guitars from around the world. Over a glass of his homemade wine (“2017 was a very good year”), I asked him about all the objects he had collected. “Oh, they’re not really mine, I’m just holding them for a friend,” he said, and laughed. Just then a summer storm rolled in. The light changed, the temperature changed, and it all made sense. 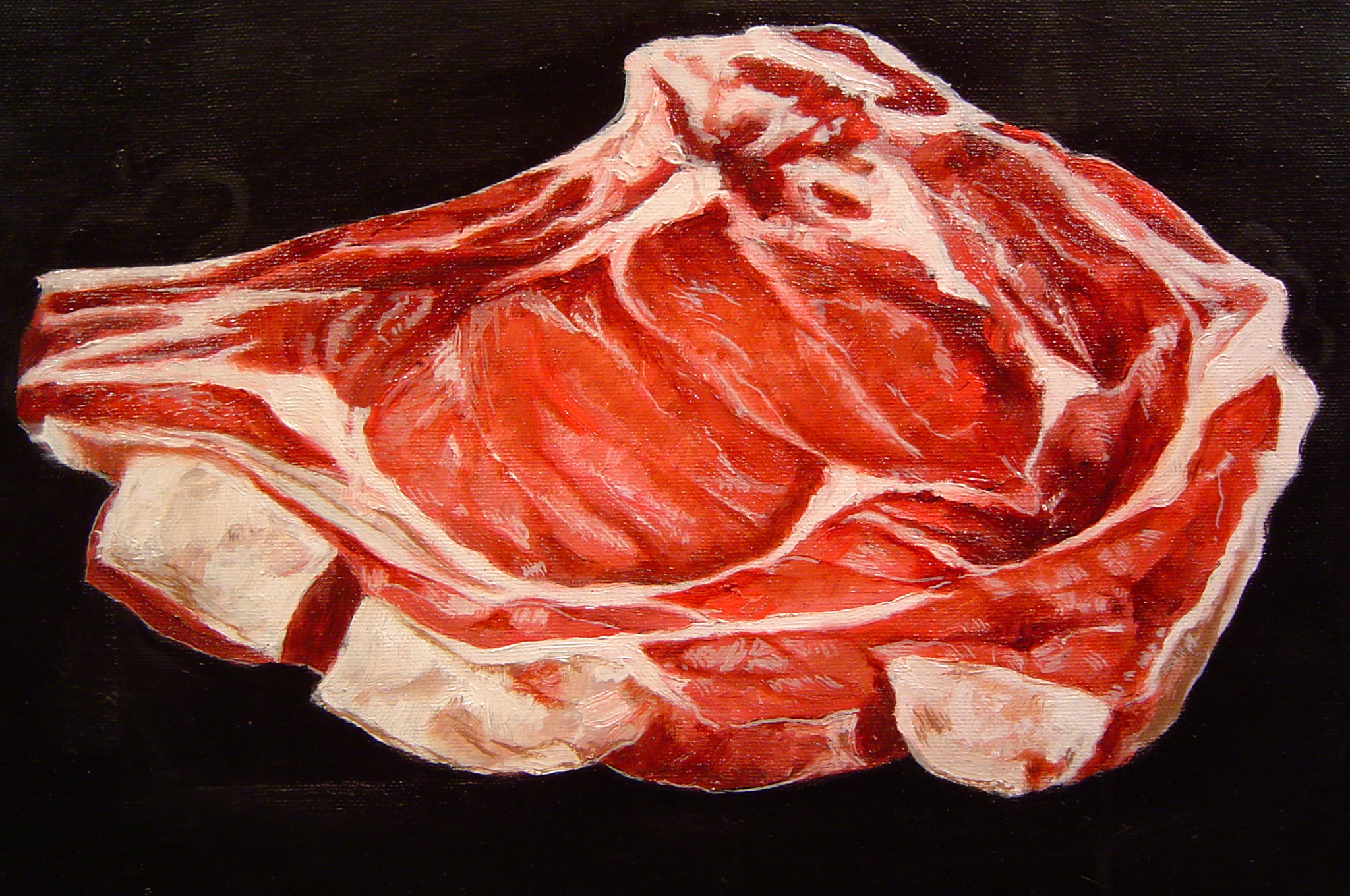